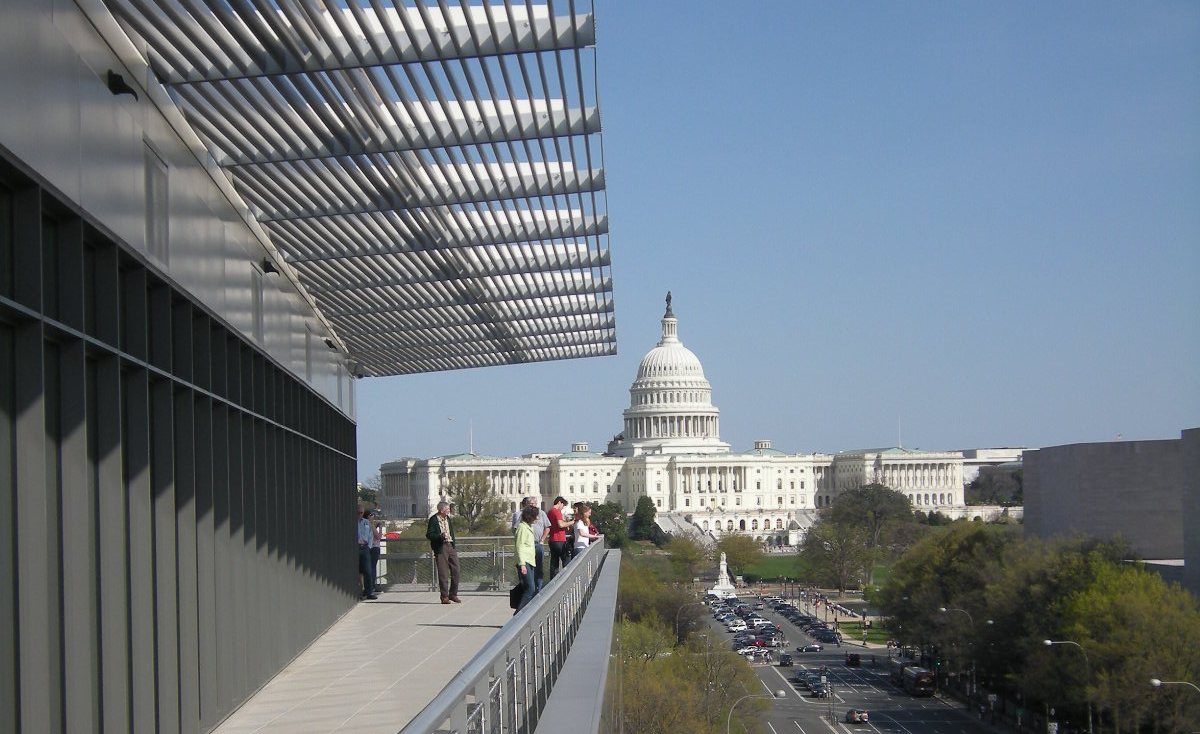 This past week the Biden administration, by executive order, stuck down the ‘Promoting Beautiful Federal Civic Architecture’ order that had been in place for two months. The order sought to have federal buildings conform to a specific style, usually defined as Neoclassical, but includes Greek, Georgian, and Beaux-Arts styles among others. When originally proposed over a year ago the order predictably pitted architectural trade associations against the National Civic Art Society which promulgated the executive order. On the positive side this issue has raised the debate about the built environment at the national level for the first time in decades.

Why not mandate a specific style? Buildings are part art and part technique. Greek temples had a plethora of columns because stone entablatures could only span short distances. Ninetieth century masonry buildings could only be built a dozen stories high without a steel frame. Twentieth century high rise towers could only be built after the advent of float glass and tower cranes. As technology advances across time, labor intensive systems are replaced with mechanized systems, which are now being replaced by advanced computational technologies such as 3D printing. Designers throughout history have always integrated new technologies into new forms, spaces and experiences. Rarely is significant architecture achieved by looking backwards to history.

In the 21st century why would we build edifices that look like those built in the 18th century? Why would we build only in stone when there are so many more innovative materials available to us today. Why should we only use pilasters, entablatures, pediments and domes? In a democratic country with a diverse population and multiple perspectives a one-size-fits-all style is not only undemocratic but also authoritarian. Admittedly there have been many spectacular modern design failures (think Helmut Jahn’s State of Illinois building), but just as democracy is messy so is the built environment, but that doesn’t mean that we should be living in an inauthentic Disneyfied time capsule. Modeling all architecture in a Neoclassical style may be the safe choice now, but that does not guarantee the built environment will be better, and in-fact I would argue that it would present a (prescribed) sterile uninspired environment. If the goal is to provide beautiful architecture perhaps the General Services Administration should update their procurement procedures to focus on and vet firms that have a proven track record of delivering quality design. If necessary pair these quality design firms with technical firms that deliver buildings that meet the quality standards of federal agencies.

Bottom Line: Architecture should be representative of its time and place. It should be responsive to its context, both physically and culturally. Federal buildings, and the built environment in general, should be a tapestry of thought and style, woven together to create a cohesive whole. Mandating a specific neoclassical style, particularly in this case where a government committee selects and imposes their idea of beauty on the rest of the country, turns the process into a political exercise instead of one based on artistic merit. We would do well to re­call Win­ston Churchill’s words: “Of this I am quite sure, that if we open a quar­rel be­tween the past and the present, we shall find that we have lost our fu­ture.”

My Tweets
Follow Design & the Bottom Line on WordPress.com

After 30 years of architectural practice still planning stairs and restrooms.
Great looking North Italia #Restaurant at Dadeland Mall @shopdadeland @eatnorthitalia
Appropriately #maskedup in Clayton M0
Apple set the standard for consumer goods #packaging and other companies like @ember are matching the sophistication and raising the bar on design
#Bracket busting scale for #Marchmadness this year in Indy🏎
Weil Hall at the Sam Fox School of Design at Washington University by @kierantimberlake nice modern add to this historic campus
Ross School of Business by @kohnpedersenfox beautifully massed and detailed building with a terracotta rainscreen
I’m not traveling so I thought I’d post a pic of the Capitol (Indianapolis) on a beautiful fall afternoon.
Indianapolis mural by British graffiti artist Nick Walker. It’s a 140 foot tall #streetart titled Love Conquers All at CityWay
Part sculpture part follie with great geometry, texture and color #loveindy
Stantions and queue lines as the new COVID reality at the #makl
Last week working on building elevation design this week it’s parking lot design #lifeofarchitect
This mornings elevation study, working on getting the proportions right while brining a little asymmetry into the facade
Blue glass, Blue sky, Silver mullion fin accents, JW Marriott - Indianapolis
How restaurants are bravely making it through the crisis
Working on an escalator canopy design - getting the details and proportions correct.
Is this the future of work where we are all sitting behind plexiglass screens? So much for the benching stations and community tables we have spent the last ten years installing throughout corporate America #futureofwork
#signoftimes evicerated shelves at our local Target. Economic concept of #scarcity